Standup: "In another time and place, he would have been called prophet." Sam Kinison 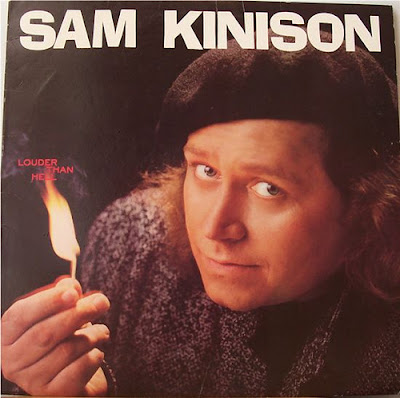 Samuel Burl Kinison (December 8, 1953 – April 10, 1992)was known for his intense, harsh humor and politically incorrect genre. A former Pentecostal preacher, he performed stand-up routines that were most often characterized by an intense style, similar to enthusiastic preachers, punctuated by his trademark scream.

Sam began his career in Houston, Texas, where he performed in small clubs. It was not until his appearance on HBO's Rodney Dangerfield's Ninth Annual Young Comedians Special in the summer of 1984 that he became well known. His appearance on the special is widely considered to be his breakthrough performance. Later, during Kinison's appearance on Late Night with David Letterman in 1985, Letterman's introduction of Kinison warned his audience: "Brace yourselves. I'm not kidding. Please welcome Sam Kinison."

On April 10, 1992, five days after he married his girlfriend Malika Souiri, Sam Kinison died after his car was struck on U.S. Route 95 west of Needles, California, by a pickup truck driven by a 17-year-old male who had been drinking. His wife survived the accident.

Kinison is interred in Tulsa, Oklahoma. His grave marker includes the unattributed quote, "In another time and place he would have been called prophet."