Maybe your a Democratic Socialist 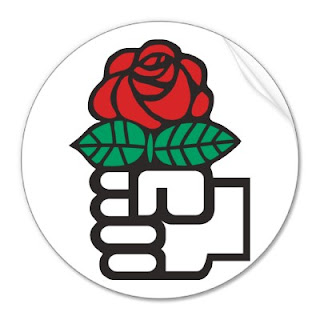 
In Denmark, people are taxed at what would appear to Americans to be a ridiculously high tax rate -- when an American looks at those numbers, the first thought is "Nobody could live on that!" The thing they tend to not take into account is WHY the Danes pay so much in taxes. There is no such thing as "applying for unemployment." Unemployed people are given the means with which to live until they are able to get a job. Higher education is not paid for by individuals, in fact many people get paid to go to school. There are no economic barriers to higher education. They get more vacation days from work, leading to higher overall morale; they also receive six months of 100% paid parental leave upon the birth of a child. Their job is also secured so they can go back to it. They don't pay for health insurance, they don't even have to pay to go to the doctor -- so illness rarely becomes a barrier to work. They focus more on all people being taken care of and respected. They care more about family and relaxation than they do about money. They experience less violence, better overall education, longer life expectancy, less juvenile delinquency, and greater overall life expectancy.

In America, you work 40 hours a week or go to school full-time. No free time to yourself and no time to socialize. When you get sick, you have to pay the doctor to see you and you have to pay the pharmacist to give you your medications, and this is in addition to paying for insurance. If you lose your job or get sick while in-between jobs, you can't get health care at all. If you were to get pregnant, you could get a week off from work UNPAID and would then have to go to work and put your child into day care since you do not have a caregiver. You would also have to pay for insufficient daycare, and both your child and you would be negatively affected by spending so little time together. Due to the cost of daycare, you would need to pick up a second job and drop out of school just to keep yourself and your child supported. You would then have no time for school and be stuck working crap jobs for the rest of my life, or at least until your child became an adult. While your out working two jobs to keep you and your child in a home and fed, he/she would become lonely at lack of affection and either develop mental/emotional problems or become a juvenile delinquent or worse. When he/she entered their teens, a very trying time for anybody, they would not have any support at home. If he/she did grow up and decide to go to college, he/she would need to work to support him/herself while in college, and most likely wouldn't have the skills to pay for basic living expenses AND college AND supplies, so they'd take out loans. Once they finished college, they'd be staring at a mountain of student loan debt that could take a decade or more to completely pay off, depending on what field they got their degree in. Even worse, a degree is not a guarantee of a good job!! Even once the child finishes school, he/she could end up stuck in a callcenter or a McDonald's, and STILL legally obligated to pay back the student loans to the government.

* No person should exploit any other person. This principle of opposition to exploitation is especially important in labor relations.
* Natural resources should not be exploited or wasted.
* Changes in society and its governments should be made by free and open elections. Thus, democratic socialism ought to be achieved through the ballot box.

Widespread and full public education is essential to guarantee the equality of people. People must have information and be allowed to communicate their ideas.

Public Enterprise in some economic activities is necessary to help people attain economic and social equality. The government should undertake to do for them what people cannot do well for themselves.

Public enterprise leads to the common definition of socialism found in dictionaries: "the public or collective ownership of the means of production and distribution and the democratic management thereof."